Covered by Melissa Magsaysay in The Los Angeles Times

Even among a sea of twentysomething starlets, Felicity Huffman always manages to look radiant.  Her makeup artist Robin Siegel shares her steps for giving Huffman a glow that outshines most ingenues.

Siegel preps the skin with under-eye cream from Cle de Peau Beaute, then applies Dr. Hauschka toner and moisturizer.  For the SAG Awards, she used a high-definition foundation from Make Up For Ever that works especially well for television appearances and high-definition technology to minimize small lines and flaws the a camera can pick up.

For a subtle smoky eye that complemented Huffman’s black Roberto Cavalli gown, Siegel used a mix of Chanel eye shadows.  She applied colors called cinnamon and magic night (a plum brown) for a soft smoky eye with no hard lines.  She applied tons of mascara — her favorites for red carpet glam lashes are Kevyn Aucoin and DiorShow.  Huffman’s rosy lips are thanks to Shiseido’s ruby lustre lip gloss, which Siegel left with the actress for touch-ups throughout the evening.

Read the article on LATimes.com 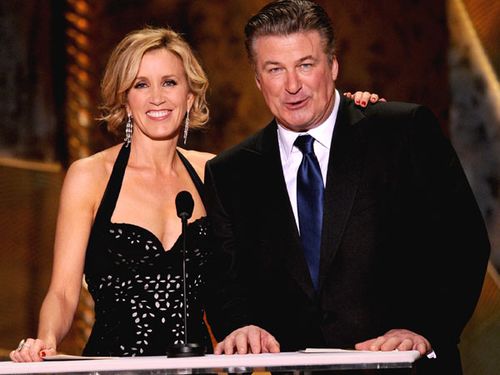 Felicity Huffman, Nominee: Best Performance by an Actress in a Limited Series or Motion Picture…